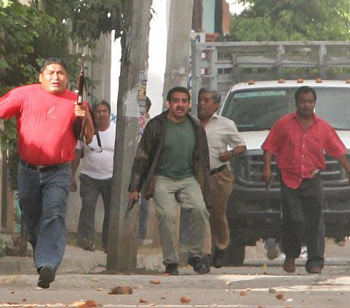 Saturday, October 28, 2006
from Pitchfork:
"Mash-up wizard Greg Gillis aka Girl Talk is a weekend warrior-- dude's been working the Friday-Saturday circuit for quite some time now, and seemingly has no intentions of slowing down. In fact, he's unveiled a slew of new non-school night dates, including an Australian "tour" (read: three gigs) and a New Year's Eve show in Pitchfork's hometown, Chicago, Illinois. And we thought the last time was crazy...

"Speaking of crazy, Gillis was recently tapped to remix a Good Charlotte song. Whoa! Pitchfork is now sorta three degrees away from Hilary Duff. As previously reported, Girl Talk is already committed to lending Beck, Grizzly Bear, Teddybears, and Peter Bjorn and John a hand, and is now moving on to Bonde Do Role as well as Benji and Joel."

Friday, October 27, 2006
"[techno's] basic notion was this: if house is just disco played by microchips, what kind of noise would these machines make on their own" -Brewster and Broughton, p. 321 (via SG)

Monday, October 23, 2006
Be loyal, kind and don't steal movies (thanks Eric Y.)
"Scouts will be instructed in the basics of copyright law and learn how to identify five types of copyrighted works and three ways copyrighted materials may be stolen."  ¶ 7:28 AM 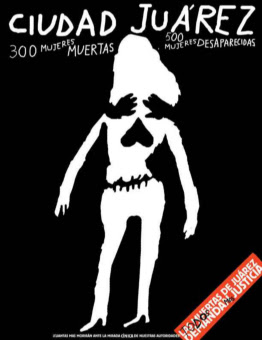 Bordertown, a Hollywood film staring JLo based around the Juarez murders, was supposed to hit theatres today... but it doesn't seem like it's happening. Here's a post on Hollywood Elsewhere about the confusion of when this movie will be released. It does seem odd that both films (with star actors) even remotely about the topic aren't making it to theatres.  ¶ 12:42 PM

Tuesday, October 17, 2006
i'm thinking of signing up for Spam Arrest or some other extreme filtering service. not for my current addresses, but i'm realizing that most of my spam comes from old addresses that forward to my new addresses. this would reduce those 500 or so i get daily and make life simpler. i like the challenge/response since that way if anyone is honestly trying to contact me via an old address (such as the old illegal art address that is printed on lots of releases) they can still get through. hopefull the time i gain back will more than make up for the few dollars per month it costs.  ¶ 4:34 PM

Thursday, October 12, 2006
from On The Edge News mailing list:
"the Hollywood film based on the Juarez situation, 'Bordertown,' is scheduled for release October 20. The film, starring Jennifer Lopez as a reporter sent to Juarez to investigate the murders, is, by all accounts, a typically banal and distorted depiction of the problem, but it will at least serve, hopefully, to bring to awareness many who are brand new to the issue; the danger is that those viewers will not be made aware that the problem is still happening, and growing, and they will certainly not be alerted to how they can help.

"To that end, I will be soon be announcing on this list the availability of a flyer that will be able to be downloaded, printed, and handed out at your local theaters when 'Bordertown' is being shown. In this way, with your help, those who have just seen the film will be directed to the real story, the real facts, and toward action they can take."

distributing flyers at screenings of the Hollywood film is a brilliant idea. to get info on the flyer when it becomes available join the mailing list. 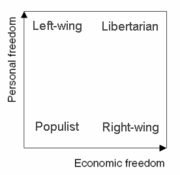 "Is this a form of criticism? There's a point in which Girl Talk samples The Verve's 'Bitter Sweet Symphony,' which famously led to a copyright lawsuit because it sampled The Rolling Stones' 'The Last Time.' Ah, clever. That sample seems an obvious (and daring) wink, but let's take an even more prosaic example: ELO's 'Strange Magic' plays underneath a sped-up version of Kanye West's 'Gold Digger.' There are a hundred moments like this, which you feel should be 'interpreted' in some way. But you also feel like a pretentious dork for wanting to do this." 11 Reasons Why I Won't Shut Up About The New Girl Talk Album  ¶ 9:47 AM

Tuesday, October 10, 2006
"In my opinion, Jim Tenney was the most important and brilliant composer/theorist of the second half of the twentieth century. I usually avoid statements like that: they're by definition fatuous, and it's not a competition. But for Jim I'll make an exception. After Cage, no other composer so elegantly and beautifully integrated ideas and music. No one else's work, as a whole, is as profound, experimental, wide-ranging, accomplished, or revolutionary." -Larry Polansky on James Tennery  ¶ 11:24 AM

Baxendale... Michael Mayer mix of "I Build This City"... with 1:20 left it really kicks... all around a great track (that i'm not sure Baxendale can accomplish w/o an amazing remixer). some lyrics:
and i'll meet you at the top of the tallest building sunshine on my back
i'll be working hard to make up for the efforts that i've lacked
oh it's such a boy thing focusing on something you can see
instead of giving back the good things that you gave to me
oh i've built so many cities that have collapsed into the mud
and i've sung so many songs for girls i never understood
oh you come up here and tell me you're only passing through
but i, i built this city for you  ¶ 1:25 PM

Thursday, October 05, 2006
Who Writes Wikipedia (via Waxy)
in a couple of weeks, in a graduate seminar i'm teaching, we'll be doing a group research project where all the collected information and views will be compiled into wikipedia articles. much more interesting than making them write more papers.  ¶ 4:29 PM

Wednesday, October 04, 2006
from moveon.org:
"Last Friday, after months of feeling the heat from constituents, the Senate adjourned without passing the horrible bill that would permanently kill Net Neutrality. Together, we dealt a blow to AT&T and Verizon's attempt to control the Internet, and we're well positioned to push a strong Internet freedom agenda in 2007." hooray!  ¶ 4:16 PM

"Such terms are unprecedented in the music industry and could have serious long-term implications. It may be that any artist who breaks via the MTV Flux set-up might find that, years later, MTV has some claim to residual rights in their material or else have the use of it for life of copyright, without any payment to the artist, 'in perpetuity and gratis'." -from Billy Bragg's op-ed Who owns the music, MTV or me? (via Stay Free!)  ¶ 10:16 AM

Mates of State. for some reason i'm curiuos about this band since it's a husband and wife duo. i don't know if i could ever make the type of music that Mer could sing on.  ¶ 1:52 PM