philoblog
Wednesday, January 31, 2007
"The counterargument to all of this talk about participation and empowerment is that, basically, we're still doing exactly what we're told. We don't own our pop culture. We may be more active, but only within the boundaries that someone else has drawn. When we participate in pop culture, are we just selling ourselves on more pop culture? There's another word for fan communities, and for people who spend hours writing or critiquing Harry Potter fan fic: 'brand loyalty.'" from Get That Out Of Your Mouth #31  ¶ 9:19 PM

reading news off of mtv.com is getting more difficult as it's caught in a frame w/ other stuff streaming on the side. but their article What's Next For The Mixtape World After DJ Drama Raid? gives some good insight into the dj drama arrest. some great quotes in favor of mixtapes from the CEO of Block Entertainment (connected to Warner Music Group) and the head of A&R at Sony. what i don't understand is if the RIAA represents these labels, why are they at odds with each other about how to deal with mixtapes? are there other label execs standing behind the RIAA's actions?  ¶ 7:15 AM

Tuesday, January 23, 2007
"Trying to explain the scene at the Middle East for a sold-out Girl Talk concert is pretty much impossible... There aren't many times when you would imagine a crowd of 600 people surrounding a man with a laptop... Meanwhile, music critics say his latest effort, Night Ripper, is 'recontextulizing pop music'. But I think Gillis is doing more than that. He's recontextulizing genres and scenes..." from Camberville 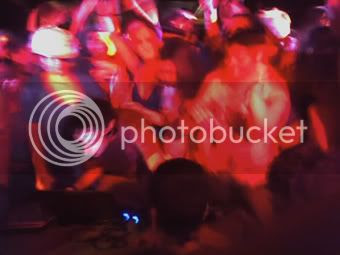 as Stefen said after the NYE show... " i thought it was great! every single person in the building completely attentive and into what girl talk was doing. dancing, yelling, doing anything they can to get close to him, and all just for a guy with a laptop, essentially playing remixes! i don't really understand it i don't think. but i like it."
.  ¶ 9:06 AM

yikes... (via GT), here is a video newscast of an Atlanta studio being raided for "bootleg cds." their site is down, but through google cache it looks like it was dj mixtapes (which is at least a few steps away from pure bootlegs), but those kinds of details get lost in the news reporting.

excerpts from DJ Drama's bio:
"Ask any southern rap fan to name the most prominent DJ in his region right now, and the words DJ Drama are sure to spew out of his mouth. Introducing the rap world to platinum-selling Def Jam artist Young Jeezy and ATL sensation Young Dro as well as keeping fans satisfied with exclusive pre-albums from Lil Wayne, Young Buck, Bun-B of UGK, Eightball & MJG and Project Pat with his Gangsta Grillz mix tape series, Drama has supplied stirring street soundtracks to every block, back alley and trap house like a pirate radio station on disc."

"Already ghetto gold from mix tape downloads, bootlegs and Ipods, Gangsta Grillz is packed with more hits than your favorite rapper’s Myspace page and certified platinum before it even hits the stands." 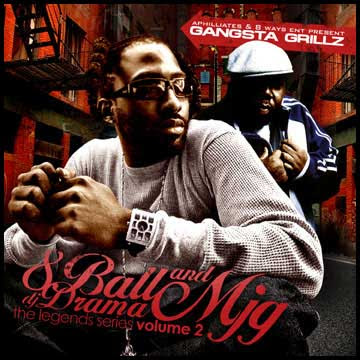 fom the print version of Venus:

Truth and justice are two things you would expect in a murder investigation, yet more than 400 young, poor women and their families in Juarez are getting the opposite. Since the 1990s, hundred of women in Juarez, Mexico, have gone missing, only to be found tortured, raped, and murdered. On The Edge: The Femicide of Ciudad Juarez, a documentary by Steev Hise, details how economic, and social issues feed the cycle of killings that, for the most part, remain unsolved.

Hise, a U.S. filmmaker and activist, first became aware of the Juarez situation about three years ago from reports in mainstream media. He read an interview his friend conducted with Jessica Marques, the president of the Mexican Slidarity Network, and traveled to Juarez in 2004 to begin filming.

"Originally I just planned to do a short film, a 12-minute piece documenting the process," Hise says. "Once I was there, I realized what a huge problem it was and thought it really deserved a lot more attention." His interviewed members of victims' families and various officials, most of which is seen in the 58-minute DVD.

Hise mentions that an upcoming movie starring Jennifer Lopez will highlight the Juarez situation but says the film will be "predictably cheesy and typical Hollywood fare," and though it will bringg the issue some attention, On the Edge strives to those affected by the murders firsthand a true say in the matter.

On The Edge is being screened at a handful of locations across the U.S. and on Free Speech TV. DVD copies are available for $13 from Illegal Art (illegalart.net/juarez). Visit political.detritus.net/juarez for more information. -- Angie Vo  ¶ 11:05 AM

Wednesday, January 10, 2007
articles about the Village Voice and other alt weeklies being bought out a year or so ago and the effects:
Seattle Weekly and Me
VILLAGE VOICE DUMPS LEADING ALTERNATIVE JOURNALIST
Pazz & Jop continues sans Christgau
The Voice from Beyond the Grave 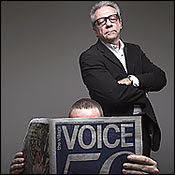 i actually haven't followed the Voice or the Pazz & Jop recently, but at one point i would read it semi-regularly in the library.  ¶ 6:26 AM

Saturday, January 06, 2007
Idolator's Jackin' Pop critics' poll attempts to replace the Village Voice's Pazz & Pop poll "under the theory that thanks to the recent massive changes in ownership and personnel at the Voice the value of the 2006 poll would be severely compromised." 497 votes and Girl Talk places #17 in the albums category & #18 in the artists category & #7 in the enthusiasm category.

i can see my head in this picture.
here's a Chicago Tribune article. supposedly the writer is also working on a longer-term article(?) on IP as he interviewed me for a good hour.  ¶ 2:47 PM