philoblog
Thursday, March 29, 2007
just opened up Spin to see a 2 page photo spread of Gregg diving off the stage (rather high) into the audience at The Indepedent (SF). includes a quote about Eddie Vedder.  ¶ 8:57 PM

Monday, March 26, 2007
Steinski has "signed" to Illegal Art. this has been in the works, but we'll make it official now. the sampling hip hop legend has had his material bootlegged countless times, and now we hope to finally put out a more definitive, official 2-disc set of brilliant stuff he's done from 1983-2003(?). The Lessons, Nothing To Fear, and other archival tracks.

Tuesday, March 13, 2007
"Selling ads has gotten all but impossible. Indie record labels and small book publishers -- our bread-and-butter -- are in the toilet. Ditto newsstand sales. No one goes to book stores looking for zines anymore; the nerds are all online." The future of Stay Free!
when a mighty zine such as Stay Free! is no longer able to sustain itself, the day of printed zines really do seem to be slowly winding down. i have such mixed feelings. the internet is such a great thing, but small publishers are probably suffering the most. sure, we end up with more information from more people (and that seems democratic and ideal), but sustaining the quality of a publication such as Stay Free! isn't the same on the net. there always seemed to be something more definitive to having something in print. something that holds writers and publishers to a higher standard. it seemed more permanent than the countless links to interesting, but more transitory articles that exist in the blogosphere. i'm probably wrong, though, and just showing that i grew up a decade too early to fully embrace the net as the center of existence (despite all the time i spend online).  ¶ 12:30 PM 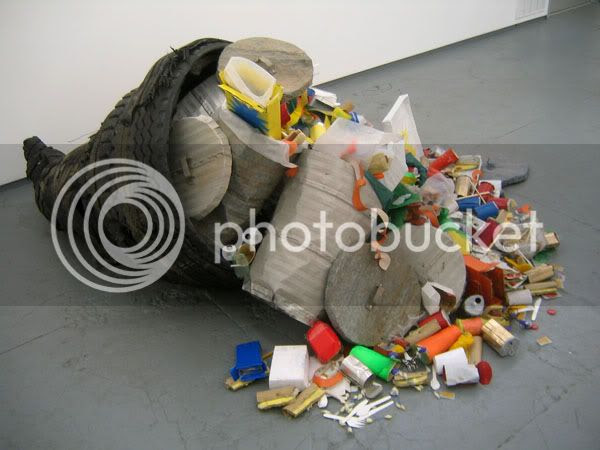 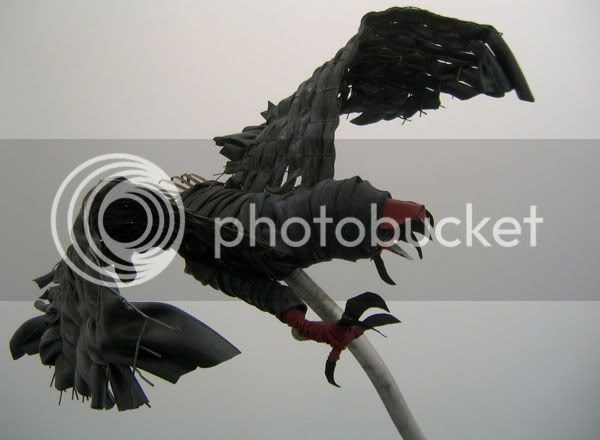 ISU dean accused of plagiarizing works
this is probably only interesting to those with connections to ISU. the article is fairly objective, but if you read the comments (from the bottom going up) you'll get an idea of how contentious this is in the College of Fine Arts. the truth of the matter is (regardless of the plagiarism etc.) that the Dean and the Art Department are at war with each other. it all sours the good news that the Governor is allocating $44,000,000 for new Fine Arts facilities.  ¶ 9:35 AM

I want to tell a little story about a local guy done good. His name is Gregg Gillis and by day he's a biomedical engineer in Pittsburgh. At night, he DJs under the name Girl Talk. His latest mashup record made the top of 2006 lists from Rolling Stone, Pitchfork, and Spin Magazine among others. His schtick, as the Chicago Tribune wrote about him, is quote "based on the notion that some sampling of copyrighted material, especially when manipulated and re-contextualized into new art, is legit and deserves to be heard." In one example, he blended Elton John, Notorious B - I - G, and Beyonce' all in the span of 30 seconds. While the legal indie music download site eMusic.com took his stuff down for possible copyright violations, he's now flying all over the world to open concerts and remixing for artists like Beck.

The same cannot be said for Atlanta-based hip-hop mix-tape king DJ Drama. Mix tapes, actually made on CDs, are sold at Best Buys and local record shops across the country and they're seen as crucial to make or break new acts in hip-hop. But even though artists on major labels are paying DJ Drama and others to get on their next mix tape, major record labels are leading raids and sending people like him to jail.

I hope that everyone involved will take a step back and ask themselves if mashups and mix tapes are really different, or if it's the same as Paul McCartney admitting he nicked a Chuck Berry bass riff and used it on the Beatles hit "I Saw Her Standing There."

Maybe it is. And maybe Drama violated some clear bright lines.

Or maybe mixtapes are a powerful promotional tool. And maybe mashups are transformative new art that expands the listener's experience and doesn't compete with what an artist has made available on iTunes or at a CD store. I don't think Sir Paul asked permission to borrow that bass line. But every time I listen to that song, I'm a little better off for him having done so.

Before we get these questions about the future of music answered, we first have to look at the future of radio. I want to look at whether webcasters saddled with new royalty fees, whether just one satellite radio company, or whether low power FM radio stations can help artists break through the clutter and be heard by enough people to be successful. I want to look at how consumers experience music and how radio shapes that.

I look forward to the witnesses talking about these issues and more, and I yield back.

Wednesday, March 07, 2007
there's been a lot said lately about how the general perception of artists selling music to commercials has changed over the last decade (basically that it has become more acceptable). here's something Rusty forwarded from the idm list that brings up a key point against such trends...

"The problem with this, as I see it, is that if people who don't listen to electronic music ONLY hear it on commercials, the music becomes tied inextricably to the commercial context. If they're exposed to it in other contexts they're likely to devalue it up front because it was used to sell toilet cleanser. A few years back, Ad agencies started using Drum & Bass in commercials -- there was a commercial for the NFL in particular that got played a lot.

"Leaving aside how D&B flew up its own anus a long time ago, the fact that most people's first and only exposure was through commercials basically doomed it for serious artistic consideration. Being used in commercials trivializes the music. And that's a shame."  ¶ 11:28 AM

Tuesday, March 06, 2007
"To be honest, I spent the first hour of owning it testing the CD in every disc playing device I owned, making sure that my ears weren't deceiving me. I was convinced the disc was severely scratched or damaged. However, I was completely wrong. The tracks are supposed to be like that." amazon customer review of Secret Diary (1 star!)  ¶ 12:20 PM

Friday, March 02, 2007
"It hurts to hear Mitt Romney spouting his freshly minted anti-gay rhetoric. I believe that to some extent, gays and Mormons are in the same boat. Prejudice against us is still widely acceptable. People who would never admit—at least not in public—that they’d never vote for a Catholic, or an African-American, or woman or a Jew don’t mind proclaiming loudly that they would never pull the lever for a Mormon or a lesbian." from Joan Opyr: Acceptable Bigotries (thanks Stefen)  ¶ 10:11 AM