philoblog
Friday, April 30, 2004
“'We think it is absurd that certain artistic practices—that have been a part of music for centuries—could even be considered illegal,' Philo Farnsworth, the founder of the sample-based label Illegal Art, said. 'Appropriation is at the heart of most good music and art, even if it doesn’t involve digital sampling.' Farnsworth calls his label Illegal Art to emphasize what he considers to be an 'absurdity of our creative endeavors being outlawed.'” ---from an article by James Danaher for an investigative journalism class.  ¶ 10:20 AM

Wednesday, April 28, 2004
ok, i really don't have time for this.. but somehow i end up reading this stuff. anyway, here is the most detailed analysis of gwb's activities and reaction on that famous day. unrelated, is this conflict between a Canadian farmer and Monsanto. if you're not familiar with Monsanto, they're probably the most oppressive genetically mofidified seed sellers. what's amazing is that i'm not even looking for this information and i just stumble across it from other blogs etc.   ¶ 11:17 AM 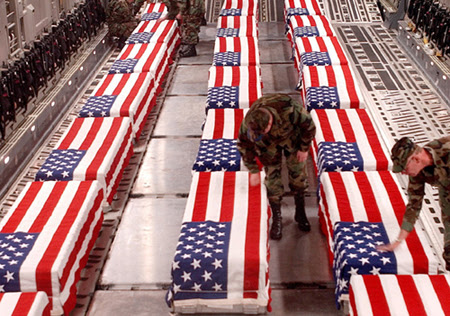 someone lost their job for taking this picture. the u.s. government would rather we not see the effects of our presence in Iraq.  ¶ 3:30 PM

Thursday, April 15, 2004
3 1/2 hours on the phone with C. Penrose discussing my software, Spectacular (among other things!). going through it with him makes me realize how much work i've put into it. i'm still wrestling with some aesthetic issues with the music snippets, but i'm getting closer and closer. some of the snippets i've been inserting into live performances, but i think my set at Hottie Biscotti in Chicago the other night was a mess. loud and i couldn't tell what was going on. somewhat out of control. i wish i could duplicate myself, turn back time, and sit in the audience. the guy who was djing between sets is the md at WZRD. he wants more IA and said GT was getting lots of play.   ¶ 11:00 AM

Tuesday, April 13, 2004
i'm hoping that eventually spam will be illegal in the u.s.. all of sudden my junk count more than doubled from 200/day to 400+/day. what is going on? eudora has a great spam filter, but i still have to sort through it all to make sure it didn't catch something legitimate.   ¶ 10:16 AM

Friday, April 09, 2004
just reconnected with Soleilmoon for distribution. we're starting small, but hopefully it will go well and they'll be reordering! the whole u.s. distribution thing is a complicated puzzle.   ¶ 10:38 AM

Tuesday, April 06, 2004
i invited Kembrew McLeod to campus and his lecture was impressive. i've been mesmerized by his book, Owning Culture, and while i typically get drawn into the IP topic via art/music, the most flabbergasting aspects are when he discusses seed patenting, or in the lecture yesterday Diebold electronic voting systems (which of course no one can look at because it is protected as intellectual property). when the technology for either the democratic process or the food supply are being controlled by private interests it brings up some disturbing questions. here's just one example from the Diebold memos: "I need some answers! Our department is being audited by the County. I have been waiting for someone to give me an explanation as to why Precinct 216 gave Al Gore a minus 16022 when it was uploaded. Will someone please explain this so that I have the information to give the auditor instead of standing here 'looking dumb'." i can't wait for McLeod's next book.  ¶ 10:41 AM

Friday, April 02, 2004
Lessig from an interview in the Tribune: "Well, I'm a lawyer. Let me tell you, fair use is useless. Fair use means the right to hire a lawyer. We are extremely expensive. So for the ordinary creator or the ordinary person who wants to depend upon the right to create, the idea that you have the right to hire someone who's going to charge you $300 an hour to defend your rights is useless. The point is, fair use has become such a complicated, lawyer-based system for protecting freedom that it no longer protects freedom."  ¶ 10:35 AM