philoblog
Monday, January 31, 2005
my best students graduate and go on to great things. i remember Nick joined the circus, Ganser is selling stuff on ebay, and now Stefen is working at Call of the Wild School for Dogs. i must be a decent influence.   ¶ 11:18 AM

and completely unrelated, here is bill gates (?!) posing for teen beat in '84.

Tuesday, January 25, 2005
it is days like today that i love my job. class preparation & class time today involves selecting and listening to music (mapping out forms). One Word One Sound compilation, Otto Luening, Hugh Le Caine, Terre Thaemlitz, Kid Koala, Wobbly, Stefen Robinson, Christopher Penrose, Tim Hecker, Carl Stone/Otomo Yoshihide collab, Phillip Jeck.... i could pick more, but we probably won't even get through most of that.

and btw, i walked through the Siebren Versteeg exhibit yesterday and his work is amazing to see the actual objects and movement. looking at his web site i thought there were some intriguing items, but the impact is so much greater standing right in front of his work.   ¶ 10:08 AM 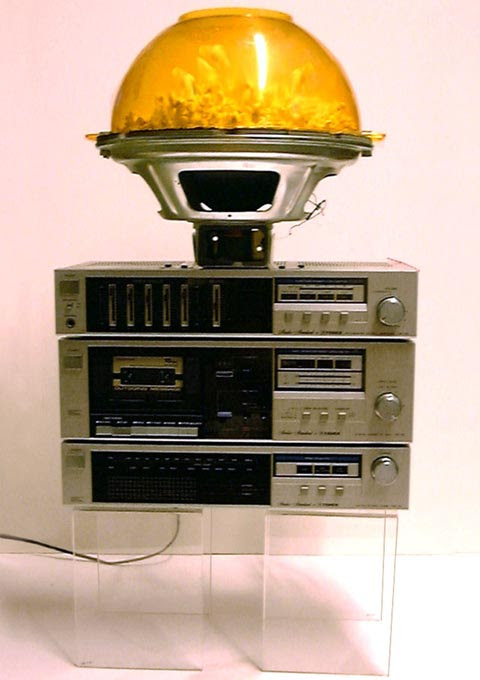 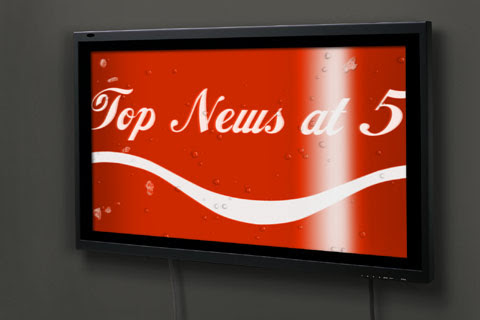 Siebren Versteeg reception and lecture this week.  ¶ 11:24 AM

Friday, January 21, 2005
ok, some notes on watching Aaron Paolucci master one of my projects. 1) cut at 25k->below i believe w/ a rather large fft filter (it actually makes the bass more defined since it isn't competing with subsonic freq. that demand a lot out of the amp/speakers), 2) 9db eq boost with tight q beginning at 10k (i could barely hear the difference), 3) stereo expansion set to 200%, after lowering the gain (i never realized how this works, but it is finding sounds that are out of phase and moving them even further out of phase... you can really hear the sound expand), 4) get rid of clipping 5) adjust gain to even out tracks w/ peak limiting. all on a comfy couch with a giant tv monitor and AP's most impressive speakers (if i had some $ maybe he'd build some for me).   ¶ 2:46 PM

Wednesday, January 19, 2005
this is so spot-on that i put it on my syllabus for Electronic Music Composition. i couldn't agree more.

"I think a lot of the mistakes that plague bad electronic music are that people get hung up on imitating the vocabularies of others, when maybe what's inspiring about the lightning strike of a good record is that somebody somehow came up with their own vocabulary." - Drew Daniel of Matmos from junkmedia  ¶ 3:05 PM

"The truly creative people I know all live lousy lives, never have time to see you, don't take care of themselves properly, have weird tastes in men/women and behave badly. They don't wash and they eat disgusting stuff, they are mentally unstable and are absolutely brilliant." - Toke Nygaard

a review of Unstoppable and an interview w/ Girl Talk from the blog Davidsmind And Friends.  ¶ 9:07 AM

Saturday, January 15, 2005
detritus.net is now using greylisting to control spam. it's seems pretty effective so far. here's a faq that explains how and why it works. now i don't know what i'll do for those amazing mortgage rates.

sending out some press promos today. gearing up to release the amazing Megalomaniac disc from P. Miles.   ¶ 10:21 AM

Thursday, January 13, 2005
according to earplug, the UK music business' "numbers proved 2004 was its biggest-selling year for albums in history. But that's not going to stop the labels -- and their American counterparts -- from continuing to sing the tune that file sharing is killing sales."   ¶ 6:58 AM

Monday, January 10, 2005
2nd grader reprimanded by museum guard for copying art. just another example of the extremes of copyright law being taken to even greater extremes by the misperception that you can't do anything that copies something else. never mind fair use or public domain, it's always bad to copy.   ¶ 6:00 PM

Friday, January 07, 2005
i'm not much of a sports fan, but last night i went to an incredible basketball game. w/ 45 seconds left the Redbirds went from 1 behind to 1 ahead to 1 behind to 1 ahead to blocking a shot w/ .2 seconds left on the clock. oh my, the crowd of 5000 was ecstatic. i could become a sports fan if it was always this intense. i used to play basketball growing up (i even played on the jr. high team). i was never that good with several people on the court. my head just spins. but with just shooting or 1on1 i could focus better. i remember many afternoons out on driveway, tossing the ball toward the hoop, playing games against myself.   ¶ 9:25 AM

Thursday, January 06, 2005
"Let me take thought, how music may be restored to its primitive, natural essense; let us free it from architectonic, acoustic and esthetic dogmas; let it be pure invention and sentiment, in harmonies, in forms, in tone-colors (for invention and sentiment are not the prerogative of melody alone); let it follow the line of the rainbow and vie with the clouds in breaking sunbeams." - Busoni from Sketch of a New Esthetic of Music, 1911  ¶ 3:37 PM

Monday, January 03, 2005
why am i so bothered by this? i just want a simple mac mp3 editor. sure i can import it into Peak or Audacity and they act like they're editing the mp3, but really they're converting it to aiff and then back to mp3 (as far as i can tell). so i wonder if you take an mp3 and convert it back and forth will it keep losing quality each time your compress it? ... ok, i found something called MP3 Trimmer that seems to work and it isn't going back and forth.   ¶ 5:11 PM