from other blogs:
Harvest of Pain (thanks Steev!)

Companies enlist students to pitch products to their peers (thanks Stay Free!)

also from Stay Free!, this post about Absolut going after a blogger over a parody.  ¶ 11:00 AM

This is supposedly going to happen every 2nd Saturday. It should be fun and hopefully a tiny community of experimental sound will converge.  ¶ 10:38 AM

Monday, November 21, 2005
"Why pamper life’s complexities when the leather runs smooth on the passenger seat ?" -The Smiths. "This Charming Man" Manchester mix vs. London mix -- it's amazing that there was a day when a remix meant merely adding more reverb. oddly i have a remix of a UK band coming out on vinyl next month. the most dancefloorish thing i've ever made.  ¶ 3:10 PM

Friday, November 18, 2005
ok, so the first Yea Big (aka Stefen Robinson) album will be out in February? on Jib Door...... but i'm listening to some of the material for the second album and it blows my mind. the collab with Kid Static is too perfect. other things i've been into recently: Greg Davis & Sebatien Roux, Minotaur Shock, AFX, LCD... and right now for some reason I'm listing to Young Jeezy.  ¶ 11:11 PM

Bill O'Donnell's Bag, 2002. this is the closest image i could find online to O'Donnells work currently in the University Galleries Faculty Biennial.  ¶ 3:48 AM 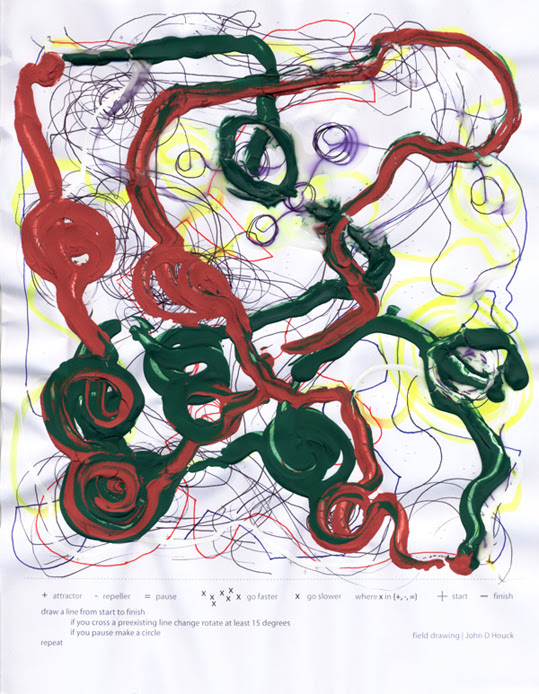 Steven E. Jones, Physics Professor at BYU, is working on a paper in which he questions why the WTC buidlings collasped. "In writing this paper, I call for a serious investigation of the hypothesis that WTC 7 and the Twin Towers were brought down, not just by damage and fires, but through the use of pre-positioned explosives. I consider the official FEMA, NIST, and 9-11 Commission reports that fires plus damage alone caused complete collapses of all three buildings. And I present evidence for the explosive-demolition hypothesis, which is suggested by the available data, testable and falsifiable, and yet has not been analyzed in any of the reports funded by the US government." >link<  ¶ 10:02 PM 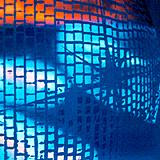 Friday, November 04, 2005
"It’s their intimacy with the sea that saved the Moken. They’re born on the sea, live on the sea, die on the sea. They know its moods and motions better than any marine biologist. They’re nomads, constantly moving from island to island, living more than six months a year on their boats. At low tide, they collect sea cucumbers, and catch eels. At high tide, they dive for shellfish. They’ve been living this way for so many generations that they’ve become virtually amphibious. Kids learn to swim before they can walk. Underwater, they can see twice as clearly as the rest of us, and by lowering their heart rate, can stay underwater twice as long. They are truly sea urchins." from a cbs report months ago. an amazing story about a group of people who "live precisely where the tsunami hit hardest who suffered no casualties at all." maybe we should all just go back to nature. we often think that technology is progress, when we're already incredibly complex organisms.  ¶ 9:43 AM

Thursday, November 03, 2005
"No lie is so false or inconclusive as that which is based on statistics" -Hilarie Belloc
"Get your facts first, and then you can distort them as much as you please: facts are stubborn, but statistics are more pliable" -Mark Twain
"If enough data is collected, anything may be proved by statistical methods" -Arthur Bloch  ¶ 5:28 PM

Wednesday, November 02, 2005
i've been learning mysql w/ php the last couple of days. my mind is spinning now with ideas. it may take some time to write the proper scripts etc., but once things are set up the IA pages could be more of a digital community with semi-open participation and dynamic pages. nothing that isn't already implemented elsewhere, but for some reason it seems like it could push things in a different direction. i've already written one script that will allow me to put the entire webshop into a database, and more easily update things. so, no more manually editing individual pages. it will eventually all be databases and user-friendly forms. less limitations on expanding things w/ such a structure.  ¶ 11:27 AM