okay, this was mentioned on rumori/detritus last week and now stefen/greg is sending me a link to it. i finally got the video to play and it is pretty cool. i feel like it's something i should have thought of...
sCrAmBlEd? HaCkZ!
the trick would be to take it (or make something similar) and tweak it into something that sounded less like standard cutups. for an installation that people can interact with it is perfect, but for performance/recordings it might get tiring.  ¶ 12:32 PM 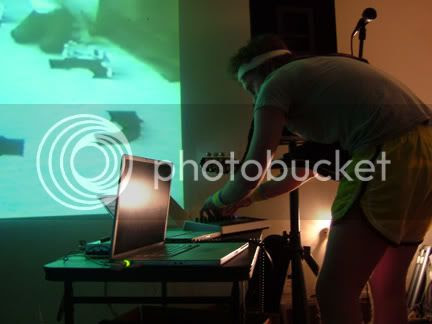 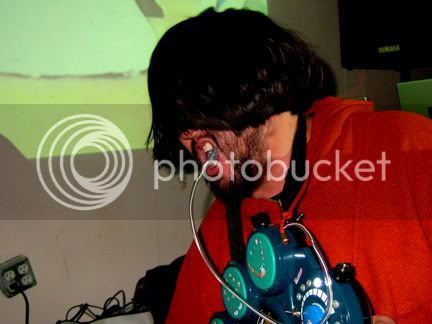 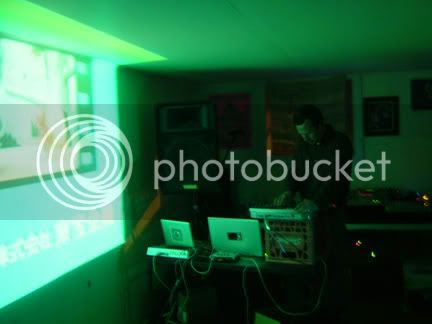 i've only heard a couple of tracks, but i'm already hooked. this and Crackhaus' "Ample Slacks" are making my day.  ¶ 10:24 PM

this is just a prototype & the actual colors will probably be hot pink & blue  ¶ 6:28 PM

Monday, March 13, 2006
"Though the G5 Power Macs held their own in the CPU tests, they brought up the rear on the 3D GRAPHICS tests graphed above. One reason may be the fact that all 3D games on the Mac run under OpenGL. The same game running on the PC using DirectX is almost always a lot faster. The performance gap also has to do with how much effort developers put into optimizing (or re-writing) the game code to take advantage of the unique features of the G5 and Mac OS X. Quake 3 Arena, though considered obsolete by hard core 3D gamers, is a good example of the potential of the G5 Power Macs to do well in 3D gaming." >  ¶ 10:19 AM

Wednesday, March 08, 2006
an amazing parody of home shopping channels done by Amnesty International in their campaign against guns. 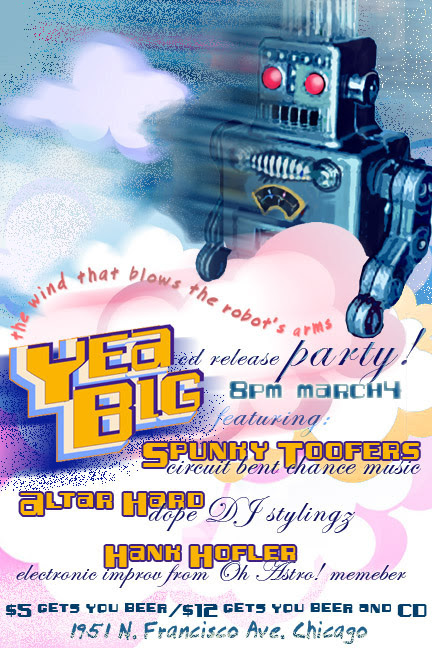 for those who don't know Yea Big is a project by former IA intern Stefen Robinson, who was featured recently in the Chicago Reader (pdf here), and i heard he was even pictured on the cover!  ¶ 8:40 AM

Wednesday, March 01, 2006
"The question 'What is video art?' seems to imply that the medium must somehow legitimize itself as an art form. But the real question is not whether video is an art form but how video changes definitions of art." -John Hanhardt
i would add that the same applies to software art (or any number of new art forms that emerge with new media), which i'm teaching this semester (with Processing)...
i'm reading "Super-Abstract: Software Art and a Redefinition of Abstraction" by Brad Borevitz, which is attempting exactly what Hanhardt's statement implies.

i like this part towards the end of Borevitz's article:
"There is a risk, however, in aestheticising computation, which should be obvious given the historical lessons that tie futurist enthusiasm for a machine aesthetic to fascist politics. It is far too easy to slip from what appears to be a critical exploration of the aesthetic possibilities of computation to the capitulation to, if not a celebration of, the mechanisms of domination practiced by global capital: the massive and rapid transfer and manipulation of data as capital and capital as data by digital means."
...
"If there is a chance that software will contribute significantly to a new politically relevant aesthetics, it lies in the way software shows us a way out of order, in and through order. It engages the tensions between possibility and constraint. Software gives us not objects, but instances--occasions for experience. We see our own embeddedness in networks of abstraction, structuration and system making, and in seeing, find ways of inhabiting this situation of constraint as if it were possibility."  ¶ 9:26 AM