philoblog
Wednesday, May 31, 2006
"Apple Computer is becoming the Microsoft of digital music, and that's not a good thing for either consumers or the music industry." from this article  ¶ 11:31 AM 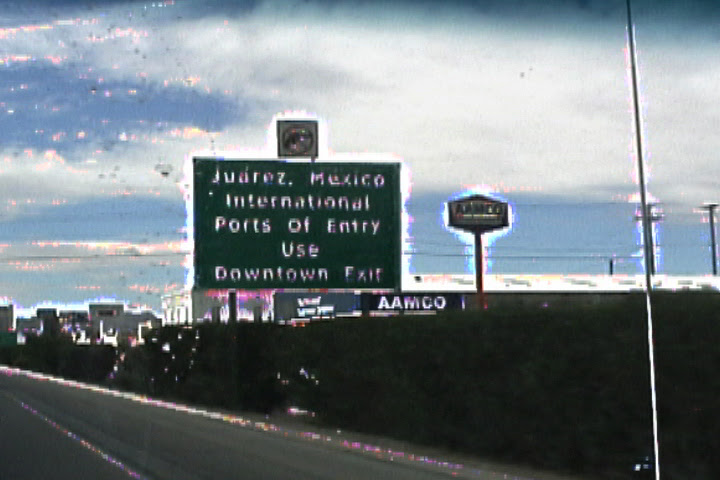 too lo-fi to include in our press kit for Hise's Juaréz femicide documentary, but i like the eerie distorted quality of this photo.  ¶ 11:06 AM

Tuesday, May 30, 2006
this could end up eating all my spare time. i knew youtube was pretty cool, but when you can find live tv versions of a song, the studio-produced video, alternate fan versions, hand held camera captures of live performances, etc.... and fidelity will only improve with time. ok, i am getting tired of this song.

Superhighway toll booths have an ally  ¶ 2:06 AM

Tuesday, May 23, 2006
Better Than We Know Ourselves. the Google For Your Ears section gets beyond the usual last.fm and Pandora info.  ¶ 1:51 PM

top 25 music sites according to entertainment weekly  ¶ 9:46 AM

Friday, May 19, 2006
Girl Talk makes XLR8R's current top ten! in a week and a half they'll be featuring an mp3 download + put it into their podcast mix. never mind that they attribute Grey Tuesday to us. that's Stay Free!... but we deserve some good karma for letting them use our name for their exhibit and site.  ¶ 3:45 PM

I remember when, I remember, I remember when I lost my mind
There was something so pleasant about that place
Even your emotions had an echo
In so much space
-Gnarls Barkley  ¶ 2:48 PM

Moby has joined the savetheinternet.com cause. here's the video. i don't really even like Moby, but it's interesting that an electronic musician has reached such status that they chose him as their musician celebrity over Michael Stipe or Trent Reznor. i guess those other figures are becoming stale.  ¶ 11:02 AM

Tuesday, May 09, 2006
"No matter how honest a musician may be, if that musician continues to do the same kind of music, it will become a job, and you will not find any new discoveries, happiness, or thrill in making music anymore. If the musician isn't having fun producing the music, how can the listener have fun listening to the music?" -Nobukazu Takemura (from Steev Hise's sig)  ¶ 10:21 AM

Monday, May 08, 2006
a decent crtique of Stephen Colbert's performance from Richard Cohen in the Washington Post. i watched the Colbert speech and found it amusing (and the points he's making are pretty solid), but i guess i have to agree with some of Cohen's arguments about "telling like-minded people what they already know and alienating all the others." this is a common problem on both sides of the fence. of course, it is odd that the mainstream media pretty much ignored the entire thing.  ¶ 10:54 AM

Monday, May 01, 2006
"The statutory limit on the number of family-based visas per country is unrealistic. As a result, family visas allotted to high-volume countries like the Philippines and Mexico are exhausted and applicants have to wait up to 23 years to have their visa applications processed." from Filipinos in US to join immigrants’ protest action

and here is a great pdf/pamphlet about the history and current relevance of May Day (thanks Steev).  ¶ 11:17 AM