Friday, June 23, 2006
" 'In fact, the RIAA has been known to suggest that students drop out of college or go to community college in order to be able to afford settlements.' This alleged quote has spearheaded the firestorm surrounding the case and made the bad PR for the RIAA even worse. Hunt has since penned a series of widely read articles for MIT's publication The Tech. Additionally, her story was picked up by Rolling Stone, MTV, Digg, Slashdot, and Fark, among other notable outlets. What makes this situation remarkable is not the case itself, which is a dime a dozen (some 18,000 people have been named in file-sharing suits since 2003), but rather Hunt's detailed account of her experience — a rarity in cases like this. The same high-speed technology that got her in this mess has enabled her to wield a sword of her own. Now the RIAA is the one playing damage control." from It's Hard Out There For A Pirate  ¶ 9:43 AM

Thursday, June 22, 2006
we're running an animal hostel these days. we've gone from no pets to 2 guinea pigs, a cat, and a frog (plus temporarily a hampster). Cocoa, Tinkerbell, Mittens, Clover, and Bibble.  ¶ 7:18 AM

Thursday, June 15, 2006
somehow these are all related:
Look, Nobody Cares That You're a DJ (via Beatmixed)
iPod sweatshops (via Project Steev)
www.thesmashmix.com podcasts
Amen Break video (via Beatmixed)  ¶ 7:00 PM

Tuesday, June 13, 2006
"Now we'll see if Time Warner continues its overreaching by sending DMCA notices to the ISP that hosts the Gawker website. That's a favorite abusive tactic of copyright owners -- rather than having a fight over fair use, they just send DMCA takedown notices to upstream providers, in hopes of winning by intimidation what they might lose in court." -from an EFF post on Brangelina, Shiloh, and Fair Use

Pentagon sets its sights on social networking websites (via Waxy)  ¶ 12:37 AM 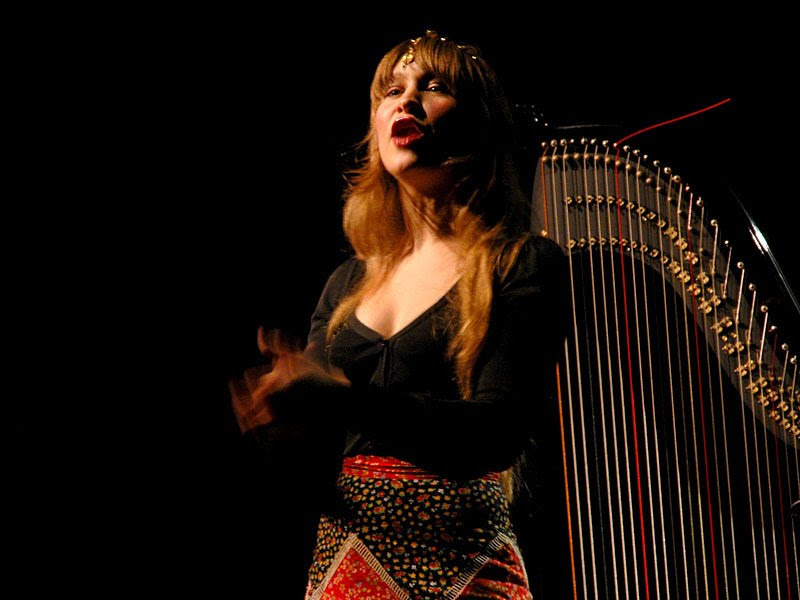 Friday, June 09, 2006
Girl Talk is mashup of the week on popbytes, which is more concerned with being an online version of People Magazine (Angelina Jolie's new baby?) than anything else. but they have been letting an LA disc jockey post a mashup every week for the last couple of months. here's their mashup archive. their obsession with Angelina Jolie & Brad Pitt's baby is remotely interesting as they're getting legal notices from People Magazine for posting pictures. .  ¶ 8:56 AM

"If a disappointment in your life is something you can't cope with, don't send a demo." -Staalplaat demo policy. i have to admit that i've been very poor at listening and evaluating demos over the last couple of years. i receive some interesting things (and many not so interesting), but it takes too much time and effort to reply to anything except the truly exceptional things that happen so rarely. i know the feeling, though, of sending out demos and waiting patiently for someone just to give you any sort of response. it's a cruel process, but one that i encourage my students to go through... and to my knowledge at least one student recently got signed to a label.  ¶ 4:59 PM

Friday, June 02, 2006
from Poisson D'Avril
"...Girl Talk made the best album of the year: it's a scientific impossibility for there to be a better album! ... It deserves to be more populist than it ultimately will be (linking Elastica and Ciara won't get as many news articles as something stupid like mixing Rubber Soul with "Rubberband Man"), so be sure to buy a copy and play it in mixed company. Offer to DJ a school dance and just play Night Ripper. Drive around the mall for an hour and blast Night Ripper. Air drop Night Ripper on your hometown like humanitarian aid. Get on my level. Feel my heartbeat. Pump up the volume." -Christopher R. Weingarten

and some other blog reviews: Bigstereo, Nitewise, Supposed to Bubble  ¶ 9:36 AM

from our webhost: The Truth About Overselling! (and btw, they've just ended CPU minute restrictions).  ¶ 10:51 AM