Monday, August 28, 2006
"And I was sweating away there in the kitchen, you know, working for a living rather than releasing a record every five minutes just because you’ve conned the world that you’re deep rather than just a bit fat."
from Um Diary entry Why I Hate Jim O'Rourke  ¶ 7:16 PM

Friday, August 25, 2006
from Terra Nova:
The Bandwidth of Big Hair
My Other Self is an Ass-kicking Supermodel  ¶ 6:26 AM 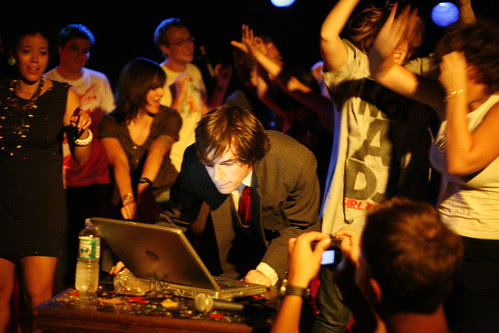 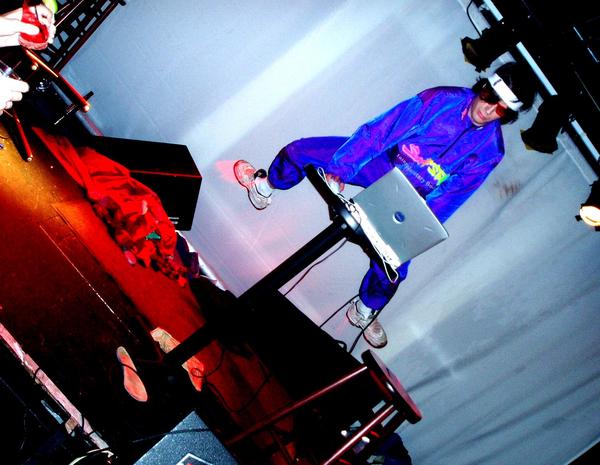 Girl Talk sells out the Mercury Lounge in NYC. it should be an instense show... but not as strange as GT opening up for Beck in London in couple of weeks to 10x the number of people.  ¶ 9:34 AM

"I'm not even a big fan of [mash-ups]. I've never really considered myself a part of that movement. I'm just trying to make my own music out of pop music. To me, there's not really a definition for it — it's just new pop music."

"I try to make it a point to go out on Friday and Saturday, but a lot of times I have to make the call to not go out to the club so I can stay home and make party music, which is kind of ridiculous."

and a wikipedia page devoted to detailing the samples on Night Ripper.  ¶ 9:16 PM

it's pretty cool that Byrne/Eno put up all the multiracks of two songs from My Life in the Bush of Ghosts and put it in a Creative Commons license. so anyone can sample/remix it...... but they restrict commercial use. i've always had issues with the CC licenses and this is a good example. it's great that artists can be less restrictive than traditional copyright, but the CC licenses still give the artist the ability to restrict other artists. basically projects like this are great if you're just tinkering around and content to have your remix offered freely on their site. the commercial limitation is probably aimed more at limiting corporations from ripping them off, but what about the small to mid-level artist who wants to create something new and find some compensation? transformative sampling is still marginalized (imo). . .  ¶ 6:08 PM

Wednesday, August 09, 2006
links from other blogs:
confrontation between George Galloway and Sky News (via about Yea Big)
Stephen Colbert gets banned from Wikipedia (via Waxy)
Record and Movie Industries Reach a Settlement With Kazaa (via Darknet)
LucasFilm asks YouTube to restore all Star Wars spoofs (via Darknet)
YouTube trends report #2 (via Waxy)  ¶ 1:58 PM

Tuesday, August 08, 2006
On The Edge: The Femicide in Ciudad Juárez 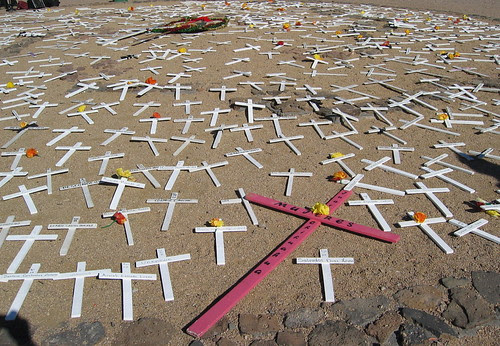 today is the release date for On The Edge: The Femicide in Ciudad Juárez, a DVD documentary by Steev Hise. this initiates a new video activism series for Illegal Art and has nothing to do with sampling or even music. the story, background, and issues are so compelling that everyone should see it. it changed my own perception of Mexico, immigration, free trade, drugs, and various other things. if you care about such causes, i'd encourage you to buy multiple copies and spread the word. i don't know if grassroots media can change the world, but it would be foolish not to try. 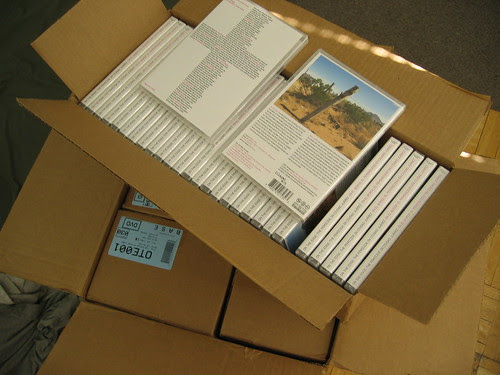 interesting bit from a student paper:
"Spector was also notorious for mixing in secondary workings to already 'finished' pieces given to him by artists for final mixings. He would then lay claim to a piece of the profits from the music by adding this large secondary mix in the final cut that was composed solely by him. This was the case with “The Long and Winding Road” off The Beatles “Let It Be” album. All of the elaborate string orchestration was added by Spector with no knowledge or consent by McCartney. Spector then released the album stateside. Because he was able to do this, he would go on to collect a certain percentage from the royalties of this song (Ribowsky:1989). This is exactly the type of cunning that is often seen in today’s music industry wherein producers have the most access to creative expression and the most freedom to shape and handle music, and still make a profit from it. Unfortunately Spector laid the ground work for the type of corporate politicking that is most often associated with modern day record industries."  ¶ 12:51 PM

Friday, August 04, 2006
"Second Life itself is being sued in the real world over virtual land deals that went bad. And in China, a man was sentenced to life in prison for murdering a friend who sold the prized sword he'd loaned him — a virtual weapon that existed only in cyberspace." from CBS report on virtual life.  ¶ 10:21 AM