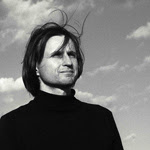 McKenzie Wark from Copyright, Copyleft, Copygift
"On the other side are the entrenched interests of the corporate world which, particularly in the ‘overdeveloped’ rely more and more on their portfolios of trademarks, patents, copyrights and on trade secret law to stay in business. ... These corporations are the legal expression of a new kind of class interest. No longer a capitalist class, but a vectoralist class. The key to their power is not physical capital such as factories and warehouses, but rather vectors through which it controls information such as the logistics of the supply chain, and the brands, patents and copyrights under which the company’s wealth of information is protected. The vectoralist class only incidentally sells things. It sells images, ideas, data, strapped willy-nilly onto things you can buy, from t-shirts to dvds, from pills to ipods."

"In practice, making a work of music or art or a new drug is not something you can do on your own. You need help from the owners of the vectors along which it might be distributed. So you end up selling your rights as a creator to those who own the means of realizing its value – the vectoralist class."  ¶ 9:25 AM

Tuesday, August 28, 2007
Tiny Mix Tapes: With Truth Being Such A Subjective Concept And All That, Report Claims True Cost of Music Piracy to Economy Is $12.5 Billion A Year
"...the report is riddled with assertions that seemingly appear out of thin air and some ridiculous omissions."  ¶ 10:10 AM

it's pretty cool that he actually doesn't know how to play either instrument, but can make music by editing himself striking each instrument. (thanks Lisa!)  ¶ 4:29 PM

Thursday, August 23, 2007
"A creative process of experimenting with technology seems to provoke questions that may not usually be asked of technology." Esther Rolinson (more quotes about Art & Technology)  ¶ 9:34 AM

Tuesday, August 21, 2007
Washington Post: In Fundraising's Murky Corners (via steinski.com)
one always suspects that these things happen, but it's still enlightening to read a detailed account about how only 1% of fundraising money ends up (in this case at least) in actual actions. and it's all legal.

Saturday, August 18, 2007
"On November 17th, 2005, an anonymous Wikipedia user deleted 15 paragraphs from an article on e-voting machine-vendor Diebold, excising an entire section critical of the company's machines. While anonymous, such changes typically leave behind digital fingerprints offering hints about the contributor, such as the location of the computer used to make the edits. In this case, the changes came from an IP address reserved for the corporate offices of Diebold itself. And it is far from an isolated case." from See Who's Editing Wikipedia - Diebold, the CIA, a Campaign (thanks EY!)

Friday, August 17, 2007
do most hosts have a yearly problem where their entire system seems to go down?? i'm never sure if the problems Dreamhost has are typical... i see people complain, but would they be just be complaining at another host in the same price range. i've always liked Dreamhost, but when things go down and then I read other blog posts such as "Anyone who has worked in IT knows what 'We have network and DNS issues today.' really means. It means that somebody f***ed something up really, really good either by being careless, not having a backup, or not paying attention.'" from dreamhost, you need help

if anyone has any insight if there are other hosts that are much better, without going to a significantly costlier solution... send me an email (philo at illegalart.net). of course, i may not receive it right away. we may switch somewhere else when we're up for renewal, or we may just continue on with Dreamhost if this is typical of most hosting companies. it's difficult to know. it's not that huge of a deal as things always get fixed and back up, but it is annoying in the meantime......  ¶ 11:24 AM

Wednesday, August 15, 2007
"Until I talked to Nick Bostrom, a philosopher at Oxford University, it never occurred to me that our universe might be somebody else’s hobby. I hadn’t imagined that the omniscient, omnipotent creator of the heavens and earth could be an advanced version of a guy who spends his weekends building model railroads or overseeing video-game worlds like the Sims. But now it seems quite possible. In fact, if you accept a pretty reasonable assumption of Dr. Bostrom’s, it is almost a mathematical certainty that we are living in someone else’s computer simulation." from Our Lives, Controlled From Some Guy’s Couch in The New York Times yesterday (thanks EY!)  ¶ 10:18 AM

Tuesday, August 14, 2007
the British Phonographic Industry is the UK's version of the RIAA (i think) and according to the label that was in the process of officially releasing Night Ripper over there, "BPI is taking some serious measures against people mashing up artists etc."... so in the end we continue to operate on the fringes of distribution. in any event, the label set up this site for Girl Talk: girl-talk.info.

if you don't read Gregg's blog, there is a good post about Thurston Moore here

and here are some recent interviews: jambands.com & glidemagazine.com. regarding the follow up to Night Ripper, Gregg says in the latter interview "I’m working on it right now. I’m hoping to be done by the end of the year." hooray!

Monday, August 13, 2007
I Rock Cleveland: review of The Mae-Shi & Yea Big + Kid Static show... plus an mp3 of YB mixing together everyone involved (good stuff!). nice photo too, but for some reason i can't embed it here (blogger.com seems to now allow you to upload photos to your blog, but then external img tags to it don't work?).  ¶ 9:48 AM

Want children to eat carrot? Put it in McDonald's wrapper
of course, the study seems flawed in that you might get similar results in just having colorful packaging (in colors that are known to stimulate appetite) vs. plain packaging.  ¶ 10:46 AM

i've never paid too much attention to this other entity called Illegal Art. not the exhibit/Stay Free! version, but an art collective "started in the summer of 2001" ... "whose goal is to create interactive public art to inspire self-reflection, thought and human connection." the piece pictured above is getting a bit of attention, and i love the concept and execution of it.  ¶ 10:29 AM

Friday, August 03, 2007
"What happens when the organizers of a cultural event such as the Olympics are given so much power that they overrule our civil liberties?" Kimberly Baker from a recent copyright vs. art tale

Thursday, August 02, 2007
a little slow to post this, but our friends Yea Big + Kid Static are back on the road. this time with The Mae Shi. hype, dates and locations are here and here.

Wednesday, August 01, 2007
"Why should people not lie and cheat and backstab, just because they work for a nonprofit that's supposedly about saving the environment? To think they wouldn't is to probably expect too much from humans." Project Steev

i'm fascinated by the amount of sweat and dedication that goes into activism, non-profits, etc., so it's saddening to see that even those surrounded by such noble efforts are fairly petty and selfish... steev's comments in the same post on indymedia's actual value to the world is also interesting as i often find myself questioning the overall impact of such efforts. i certainly wouldn't want to see these venues disappear, but it's difficult to commit time/energy to these forms of resistance if the impact seems to be so minimal.  ¶ 12:42 AM