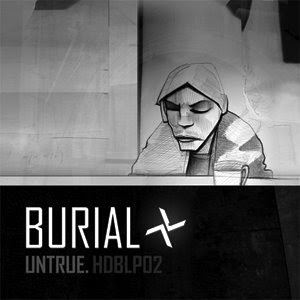 easily one of the best albums and artists of the last year. i keep going back to both albums. very seductive stuff. i have played "Archangel" more times than is probably healthy. i love the way he pitches the vocals so its difficult to even tell the gender. here's a nice unedited transcript of an interview.  ¶ 7:44 AM 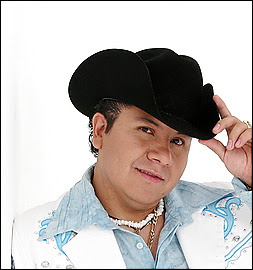 “Do what you will, there is going to be some benevolence, as well as some malice, in your patient’s soul. The great thing is to direct the malice to his immediate neighbours whom he meets every day and to thrust his benevolence out to the remote circumference, to people he does not know. The malice thus becomes wholly real and the benevolence largely imaginary.” -The Screwtape Letters by C.S. Lewis  ¶ 6:23 AM

Chicago Reader: The Thrill Isn't Gone
"... Super Epic Thrill Jockey Mega Massive Anniversary Mix, assembled for the label by Trey Told ’Em, aka Girl Talk guy Greg Gillis and Frank Musarra from Hearts of Darknesses. They’ve broken down big chunks of the catalog into bite-size nuggets and strung them into a 74-minute continuous mix. One section edits together every Oval track, and two more combine a bunch of snippets from Trans Am and Tortoise, respectively; elsewhere the Sea and Cake’s smooth pop segues into free jazz from Fred Anderson and Hamid Drake and blip merchants Mouse on Mars are pressed into service as a sort of rhythm section for Freakwater. The fact that the mix isn’t completely unlistenable is a testament not only to Gillis and Musarra’s skills—I’m seriously considering upgrading my opinion of Girl Talk—but also to the standards the label has maintained throughout its history."  ¶ 4:57 AM

blog posts:
Q & A with Girl Talk
Time to Experiment

and from Resonance Magazine (print):
REALISTIC
Perpetual Memory Loss (Illegal Art)
Though he shares a label with fellow sample-collage freaks Girl Talk and Oh Astro, Realistic (aka James Towning) has more in common with the Avalanches. Using bits of existing songs and found sounds—sometimes just a sliver, other times a greedy mouthful—Realistic joins the pieces like stained glass, stippling the edges with rhythmic shades, then bending and stretching the combinations into weird new shapes that would resemble traditional pop forms if they didn’t keep falling apart and reassembling. This is psychedelia done right, and for modern ears. “Music in the Round” kabobs a wavering women’s choir, ukulele and a disappearing hip-hop beat, resulting in a song as innocently spooky as a jack-o-lantern. Electronic musicians too often limit themselves to either danceability or esoteric experimentation. Realistic succeeds at both, often in the same song. KRIS KENDALL  ¶ 10:18 AM

Rhapsody Radish: Album Review: Oh Astro - Champions of Wonder
"... the individual sound elements are not just stapled together, but glued, sanded, buffed and painted with great attention to detail. The result is warm ambient pop that stands completely on it’s own, without any help from novelty. Lionel Richie’s “Hello” is sampled here, and the fact that no giant clay Lionel Richie head appeared in my mind’s eye for the duration of the track’s 3 minutes and 17 seconds speaks a great deal to the craftsmanship of Dowe and Hofler,

"Oh Astro were born from experimental musical sludge, but whether they like it our not they’ve evolved (devolved?) to a point where their art has real pop appeal."

on elbo.ws (blog aggregator) "Snow Queen" peaked at #2 and continues to hold a decent position on the top 50 tracks chart. anticipated reviews in The Wire and XLR8R January issues.

and "Candy Sun Smiles" is featured on this Insound digital compilation.  ¶ 9:36 AM

Saturday, December 01, 2007
from The Acme Siren: What I Learned at the Steinski Show
"Steinski wears a fanny-pack. I don’t mean to put him down for it, but it strikes me as a little strange. I guess it makes sense if you’re traveling around a lot, playing gigs by yourself, and want to keep your personal items from being stolen. And when you’ve written a large chapter in the giant book of hip-hop history I guess you can wear whatever the hell you want. I’m surprised Diddy’s Sean John clothing line doesn’t offer one made from red velour studded with rhinestones."  ¶ 4:03 PM