philoblog
Monday, April 30, 2007
"Suddenly throngs of teens inundated us and there was a mob scene awaiting Girl Talk’s arrival. After a few minutes of light projections, GT came on to much applause and put on a wild show with 30 girls dancing on stage (including Paris Hilton), confetti and Girl Talk balloons. The music was rad too. Dude definitely brought it." -Ed Droste of Grizzly Bear for Rolling Stone's Coachella Day Two report

from another blog: "Girl talk plays a crazy set where a hundred teenage girls rush on the stage from the back holding balloons and shooting the crowd with silly string. More kids get pulled up on stage despite security and I even see joints being lit on stage. The audience is really young and taking pills openly, I feel a bit young but every one is into it and the boys next to me ernestly explain to me that this is the music of the future."

Saturday, April 28, 2007
Music Notes: Girl Talk's 'Ripper' CD nominated for award
The latest honor for Pittsburgh mashup artist Girl Talk is a place on the Shortlist with the likes of Tom Waits and Cat Power. ...more...  ¶ 9:25 AM

i haven't seen the printed version yet, but here is a commentary i wrote for Billboard.  ¶ 10:17 AM 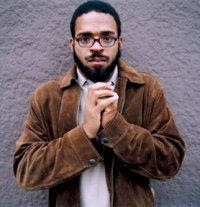 "Older crowds tend to be stuck in their ways, so I play for the children. So I'm happy, and I need the children. Cause this is kid's music. I mean it's fun and zany and kind of vaguely witty, but it's kids music. You know, it's for adults, but not really." -Busdriver (from XLR8R TV episode 5)
all around XLR8R really seems to be pushing in a lot of different media directions (video, podcasts, CDs with each issue, and i just noticed they now let you download a pdf of the last issue). smart, imo.  ¶ 10:53 AM

Tuesday, April 24, 2007
three bits via Darknet:
post about web 2.0 "user-generated content [is] a huge category and growing bigger (... growing from 2 percent to 12 percent of the online content universe in the past 2 years)"

and "If you share copyrighted files on peer-to-peer networks, it's almost certain that the RIAA and/or MPAA is monitoring your actions, according to a new study, ..." from RIAA and Government Snoops Thwarted by P2P Blocklist Software

"With their ability to store vast libraries of music in your pocket, sleek digital music players have replaced bulky home stereo systems as the music gear of choice. But the sound quality of the digital audio files they play is noticeably inferior to that of compact discs and even vinyl. Are these the final days of hi-fi sound? Judging by the 2 billion songs downloaded from Apple's iTunes service, the ubiquity of white iPod "ear buds," and the hundreds of thousands of folks file-sharing for free, the answer is yes." San Jose Mercuy News  ¶ 11:06 AM

spam message of the day (not that i read all of my spam mail):
"Hi, I hate to be the one to mention this, but people at work are talking about your weight issue and it just disgusts me." -Anonymous for now  ¶ 10:08 AM

Monday, April 23, 2007
"We tend to believe our political views have evolved by a process of rational thought, as we consider arguments, weigh evidence, and draw conclusions. But the truth is more complicated. Our political preferences are equally the result of factors we're not aware of—such as how educated we are, how scary the world seems at a given moment, and personality traits that are first apparent in early childhood. Among the most potent motivators, it turns out, is fear." The Ideological Animal from Pyschology Today. i would quote a lot more of this article, as it is pretty fascinating. (via steinski.com)  ¶ 12:20 PM

Friday, April 20, 2007
up there with J.K. Rowling and Arnold Schwarzenegger, Girl Talk won a WIRED Magazine 2007 Rave Award (in the music category). to be singled out as one of "the most intriguing breakthroughs in the world today" is beyond extraordinary.

Thursday, April 19, 2007
"I hope that this is an alternate reality game which alters reality." -Ken Eklund (creator of World Without Oil) as reported in Get That Out Of Your Mouth #34

"Unlike the current trend towards pre-mediated video games, ARGs hark back to a flexible type of play that allows the game to interact with the players and the players to push back against the game. Players can experiment with unusual circumstances and make real emotional and ethical choices." from A Retrun To Play  ¶ 12:57 PM

"more people are shot, beheaded and blown up every single day in Iraq than were shot at Virginia Tech yesterday in the 'deadliest shooting rampage in American history.'" (from Wonkette)
(all via steinski.com)  ¶ 10:46 PM

Rose Marshack (from the rock band The Poster Children) is joining the ISU faculty for a tenure-track position in Arts Technology/Music Business.
rosemarshack.com
i remember hearing "If You See Kaye" years ago and am looking forward to getting to know Rose.  ¶ 11:24 AM

Saturday, April 07, 2007
there have been a few ironies with the mass popularity of Night Ripper:
1) Beck asks for a remix (August?).
2) After pulling the title and ruining digital distribution, someone at iTunes requests to be put on the guest list for a live show in San Francisco (late Fall?)
3) Morphius Records, who in early 2006 not only refused to finish manufacturing the disc, but also made me sign a letter admitting that I made a mistake (or they wouldn't give me a partial refund and would report me to the RIAA), and even confiscated the paper parts (because it lists all the artists sampled)..... today wrote asking about buying all three GT discs direct from us (they're also a distributor and have been selling Night Ripper from another source). I didn't have the energy to point out how ridiculous such a request was and gave them the proper information for buying the other two GT discs.  ¶ 7:26 PM

"Is it better for an artist to have the physical CD be passed from fan to fan, or have it passed from Soulseek account to BitTorrent user?" from The Underwire post on leaks

"... workers took, on average, 15 minutes to return to serious mental tasks, like writing reports or computer code, after responding to incoming e-mail or instant messages." from NYTimes Slow Down, Brave Multitasker, and Don’t Read This in Traffic  ¶ 1:39 PM