from May: Rock Band downloads outpace iTunes - Motley Crue's new single sells 47,000 units on Xbox 360 Rock Band - only 10,000 on services like iTunes. (i get to play again tomorrow night!)

the more i think about those stats, they really don't mean that much. even though Motley Crue is selling better on RB, you have to consider how many new singles RB has each week compared to how many mp3 services have. there just aren't that many new choices per week on RB. reading further it says that RB has 10 million downloads in roughly 6 months. according to a quick google search iTunes has 1 1/4 million per day.  ¶ 1:08 PM 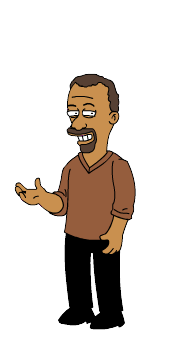 a Simpsons Remix by Steinski? it's included at the end of this post on Siblingshot. it makes me wonder how much other odd material is out there...  ¶ 10:59 AM

Friday, July 18, 2008
here is an amazing scan of an Island Records press release for Steinski from 1986 (via Ageing B-Boys Unite!) 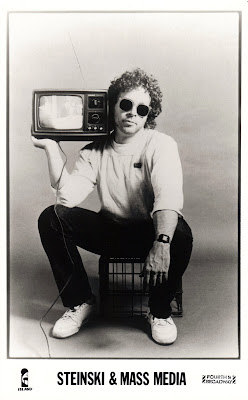 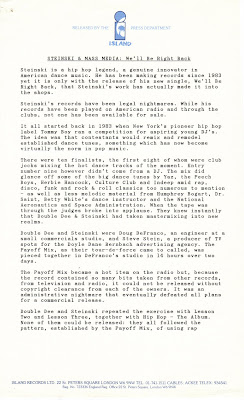 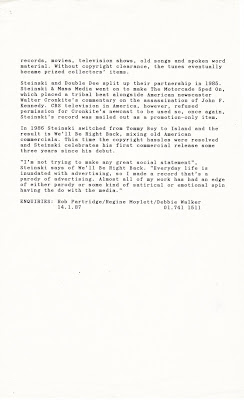 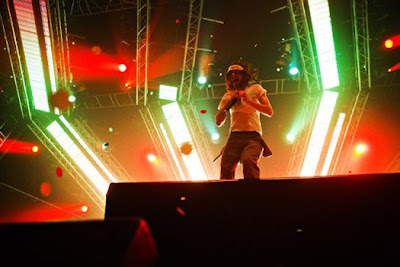 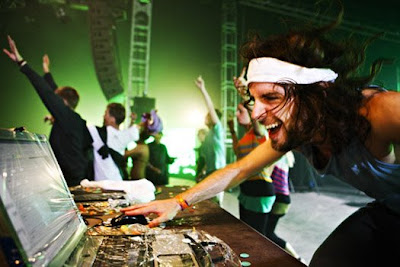